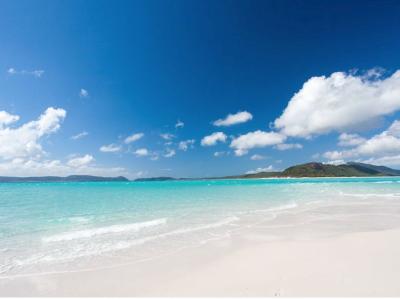 The Greater Whitsunday region is one of the most naturally beautiful and resource-rich locations in Australia. From the largest coal mining deposits in Australia, the Bowen and Galilee basins, to the iconic Great Barrier Reef and Whitsunday Islands, the region is an economic powerhouse that is key to Queensland’s economy.

The region is one of the largest winter growing vegetable regions in Australia, producing over $185 million worth of annual produce across the major commodities of tomatoes, capsicums, beans, mangoes and melons. Broad acre growers across the region account for approximately one-third of Australia’s sugar cane in addition to a range of other crops including cereals and oilseeds.

Livestock production, predominately beef cattle, generates $486 million of gross value for the region, which represents approximately 10% of Queensland’s beef industry. The region is also at the epicentre of the state’s burgeoning aquaculture industry with significant private investment driving the region’s current annual prawn production rates of 5000 tonnes to 20,000 tonnes by 2030.

The Greater Whitsunday is home to the QUT Renewable Biocommodites Pilot Plant, a pilot scale research and development centre that aims to develop commercially viable biofuels and biocommodity products and processes. Australia’s largest producer of sugar-based ethanol and one of only three commercial biorefineries in Queensland, the Wilmar BioEthanol Bio-refinery, is also located in the region.