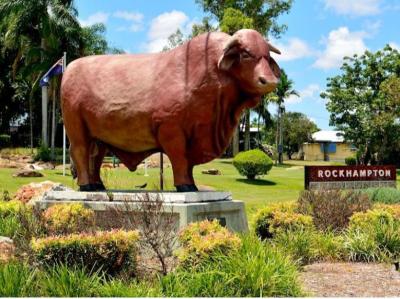 Central Queensland is an essential and key service and logistics hub for the state’s coal industry, providing access to road, rail, port and air services.

The City of Rockhampton is one of two key regional logistical centres outside of the south east corner in Queensland that provides support for mining, manufacturing, retail, transport and other major industries.

Gladstone is the primary industrial hub on the east coast, with a major, multi-commodity port facility. The emergence of an internationally significant coal seam gas to liquefied natural gas (CSG-LNG) industry, including production and export facilities located within the Gladstone State Development Area, are expected to provide a major boost to the region’s economy over the coming decades.

Central Highlands is rich in agriculture. Much of its grazing land has been extensively developed and improved, and now produces top quality beef for domestic and export markets.

Millions of tonnes of coal are extracted by the coal industry annually and transported by electric rail to ports in Gladstone and Mackay. The growing town of Emerald provides a key inland service hub for the Bowen Basin and surrounding agricultural production areas.